The Raw Fear of Being a Patient 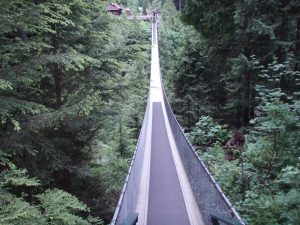 When my son was 18 months old, his doctor recommended that he get tympanostomy tubes in his ears because of recurrent ear infections. He might not be hearing clearly during this critical stage of language development. Being a physician myself, I researched this thoroughly. It turns out the evidence supporting the procedure is slight—it may help with hearing and language, but all kids seem to catch up whether or not they had the tubes.

In the end, though, I made my decision more as a parent than as a doctor—I wanted my child to have the best opportunity for language development, and besides, it was a low-risk procedure.

Two weeks later I scooped my sleeping boy out of bed before dawn, buckled him into his car seat, and hailed a taxi on the darkened city streets. At the hospital, my son snuggled in my lap as I sat on a recliner that was wheeled into the OR. Everyone was cheerful and friendly. The nurses sang songs, and the surgeon pointed out the elephants on his hat. I was given a hose with anesthetic to wiggle in front of my squirming son, to sedate him enough for the staff to get him onto the table.

We played with the hose for 10 minutes. Just when I thought that this technique would never succeed, my son slackened slightly, lolling his head against my chest. At that moment, the OR staff clicked into action. The cheery demeanor dissolved and everyone was all-business. The patient was whisked from my arms and in less than three seconds he was strapped on the table with a mask over his face, preternaturally still, unhumanly still.

At that moment, my faith in science plummeted from beneath me. My decades of medical training, my Ph.D. in biochemistry, my grounding in the scientific method, all evaporated in the blink of an eye. The sight of my son—stone-still on the OR table, deathly rigid—completely unhinged my confidence that “everything would be okay.” Suddenly, I was not sure that anything would be okay. My little baby—23 pounds including race-car pajamas and diaper—was minuscule and fragile under the ministrations of five lumbering adults and gargantuan, stainless steel equipment. And there was nothing I could do to help him.

An orderly began to lead me out of the OR, and suddenly I stopped and clenched onto his arm. “Please,” I beseeched him. “Please make sure my son is OK.” He nodded and reassured me, even though he had no role at all in the surgery. But he was wearing blue scrubs, so to me he was somehow part of the frightening medical complex that had swallowed up my son.

I paced the waiting room, the knot in my gut twisting painfully. What if something bad happened? Adverse outcomes were rare for this procedure—I knew that—but when a procedure is performed frequently enough, rare occurrences will eventually happen. I circled the waiting room stiffly, nursing my guilt.

When the surgeon appeared without my son in tow, my heart stuttered to a standstill. I steeled myself for the bad news. “It’s done,” he said with a shrug. “He might be a little cranky when he wakes up, but everything went fine.”

It took some time for the reality of his words to sink in. Even when a sleepy, tousled boy was placed in my arms, the panicky choke of fear still gripped me. I have always been a rational person, confident in the power of facts. Knowledge armed me against the existential fears of the universe. Yet here I was facing a minor surgical procedure, and all of my armor crumbled in a heartbeat. My heart ached for parents whose children are truly ill, for the frightening bargain of uncertainty they must make as they entrust their children to the medical system.

It is as though there is a precipitous drop in front of you, but a Plexiglas bridge extends across the void as in the classic behavioral psychology experiments. The medical system beckons, “It’s safe. We’ll guide your child across the glass bridge.” But your emotions, your life experience, your gut, and your eyes can only see the sheer drop.

Cradling a restless boy in my arms, it suddenly dawned on me that we ask patients every day to step over this void, to trust in the system. In matters both small and large, we ask them to step onto a glass bridge, reinforced only by our assurances. Even if they are able to intellectually evaluate the risks and benefits, at some point they have to make an all-or-nothing decision whether to cross that bridge. 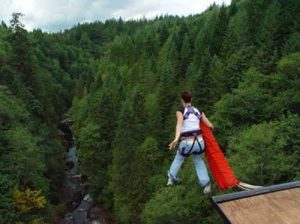 My son recovered rapidly—he was into trouble before lunchtime—but my emotional vulnerability lasted far longer. I’m still an empiricist, and still hold strong faith in the power of the scientific method, but now I appreciate now quickly and resolutely this armor of rational protection can dissolve.

When I sit with a patient now, deciding on a treatment, I still lay out the risks and benefits as systematically as I can. But then I take a moment to acknowledge the raw fear that cannot be assuaged by even the most convincing clinical data. This conversation can’t eliminate the necessary leap of faith. But at least there is some recognition of the stomach-plummeting sensation that occurs when the patient edges their toes out onto that clear glass bridge.  (From Slate Magazine) 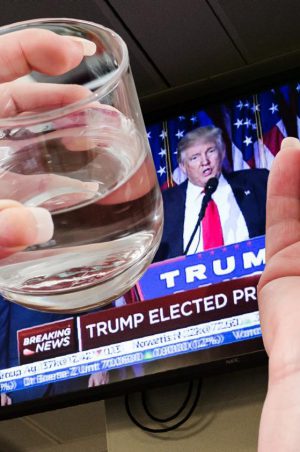 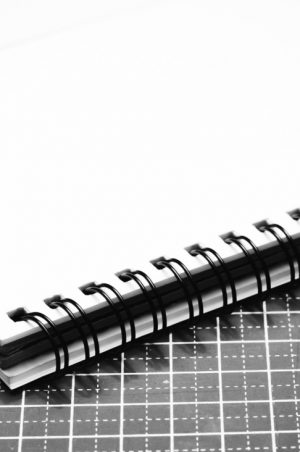 Storytelling in Medicine: the Passion and the Peril