Drowning in a Sea of Health Complaints 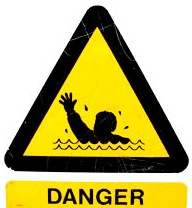 The patient was a classic “worried-well” type of patient — a thin, 50-year-old educated woman with a long litany of nonspecific, unrelated complaints and tight worry lines carved into her face. She unfolded a sheet of paper on that Thursday morning in my office with a brisk snap, and my heart sank as I saw 30 lines of hand-printed concerns.

Ms. W. told me that she had recently started smoking again, after her elderly mother became ill, and she was up to a pack a day now. She had headaches, eye pain, pounding in her ears, shortness of breath and dizziness. Her throat felt dry when she swallowed, and she had needling sensations in her chest and tightness in her gut. She couldn’t fall asleep at night. And she really, really wanted a cigarette, she told me, nervously eying the door.

This is the kind of patient who makes me feel as though I’m drowning.

When I teach medical students, I always ask them to place the symptoms within a physiologic paradigm. Most diseases have specific symptoms, related to the particular pathology at hand. There are certainly illnesses with global symptoms — many endocrine and rheumatologic diseases, for example — but even these diseases usually have recognizable patterns. And most patients with truly significant organic problems affecting the kidneys, nervous system, digestive tract or heart are quite sick.

But more often, patients with multitudes of symptoms are like the patient who sat before me on this day — healthy appearing, with a good exercise capacity, a stable weight and a perfectly normal physical exam. Ms. W even had a normal EKG and cardiac stress test within the past year.

The metaphor of drowning is not only apt; it’s diagnostic. It is a clue that something else is going on, that the doctor needs to probe for other issues like stress, depression, domestic violence or eating disorders. When I administered a questionnaire for anxiety and depression, Ms. W selected the highest value for every question.

When I told her that her symptoms were most likely from anxiety, she seemed relieved. “My mother is impossible,” she said. “I try to be there for her while she’s sick, but she is just as crabby as always. In fact, that’s the first time I ever got chest pains — when I visited her after her surgery last month.”

She brought her fingers to her temples and squeezed a cage around her face. “Every time I take off from work to get her to the doctor, I get flack from my boss. And my son, he’s 28 but he still can’t support himself. No wonder I’m smoking like a chimney.”

I could envision the vise-like tension pressing in from every facet of her life. I explained how stress could cause physical symptoms, and though we couldn’t change the facts of her life, we could try to ease the pain by treating some of the stress.

That night, I was paged to the emergency room. An intern called to tell me that Ms. W had been admitted to the hospital with a pulmonary embolus — a potentially fatal blood clot in the lung.

I sank down onto a chair, clenching my eyes against the stinging ray of guilt. A pulmonary embolus — it was hard to get much worse than that. My mind raked back over my encounter with Ms. W, all the symptoms she had listed for me.

There they were — chest pain and shortness of breath — buried in her sea of anxiety, job worries, family concerns. A dire condition was right smack in front of me as I prescribed her sleeping pills and a visit to a psychiatrist.

Ms. W had fit the stereotype of the “worried well” so perfectly. Her expansive list of complaints was classic for a person suffering from emotional stress. Occam’s razor, or the law of diagnostic parsimony tells us that the simpler explanation, the single condition, usually underlies the patient’s symptoms.

However, there is the counter-argument, Hickam’s dictum, which states that patients can have as many diseases as they damn well please. Ms. W was indeed stressed and had many symptoms resulting from that. But at the moment she sat in my office, she also had a handful of blood clots growing in her lungs.

The truth was, any of her symptoms might have masked a life-threatening illness. Headaches could have been a cerebral aneurysm. Needling sensations in the chest could have been angina. Pounding in her ears could have been a brain tumor. But I had to rely on my clinical judgement that it was extremely unlikely for her to have all of these serious conditions simultaneously, so I chalked it all up to stress. And I was wrong.

I visited Ms. W in the hospital the next day and was relieved to see that she was doing well. I told her flat-out that I’d completely missed the diagnosis of blood clot and I apologized for my lapse.

She waved her hand dismissively. “The truth is,” she said, “I didn’t think anything of the chest pains either. I’d had this appointment scheduled with you for weeks, so I guess it was just random chance that the blood clot happened now.”

I appreciated her forgiveness, but realized that I needed to reconsider my approach to the patient with a sea of complaints. I now have a rule that I teach to new doctors. When a patient presents with so many complaints that it’s not possible to cover them all in depth, I openly acknowledge the limits and say, “Today, we are going to review three of your concerns: you pick two, and I pick one.” This allows the patient to select the two most concerning issues, and allows me to home in on the one I think might conceal a serious illness.

Since Ms. W, I’ve used this with every patient who brings the sea to my office. I have yet to pick up anything on par with a pulmonary embolus, and maybe this wouldn’t have worked with Ms. W either. All I know is that it’s the best that I can do. Otherwise the patient and I will both drown in that sea of complaints.  (From the New York Times)