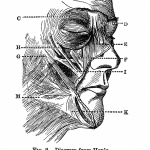 It was a little bit like looking in the mirror. We were the same height and build, the same age — mid-30s — and both had of us had two young children at home. In another world, had we been friends, we could have easily shared clothing. But today it was me with the white coat, and her with the death sentence.

Except she didn’t know it yet. 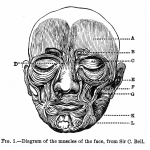 It was the morning of Julia’s discharge from the hospital, and we were going through the array of cardiac medications stacked on her bedside table. She asked the same question about each bottle: “Will this medicine make my heart better?”

I squirmed painfully around the question, weaving ever more elaborate explanations about controlling symptoms, enhancing breathing, minimizing fluid imbalances, improving exercise tolerance. I told every truth about every medication, but I could not bring myself to tell her the ultimate truth — that a roll of the genetic dice had doomed the fibrils of her heart, that her only chance was a heart transplant, that because she was an undocumented immigrant this was nigh impossible. That her children would grow up motherless.

Last month, an article in the journal Health Affairs made headlines in the news media — “Physicians Are Not Always Open or Honest with Patients.” A vast majority of the nearly 2,000 doctors surveyed agreed that physicians should be fully open and honest in all their communications with patients, as the Charter on Medical Professionalism requires, but more than one in 10 had specifically told a patient something that was not true within the past year. Almost one in five had not revealed a medical error. More than half had framed a prognosis in a more positive light than was warranted.

The authors expressed concern that doctors were not fully living up to the charter; patients worried that they couldn’t trust what their doctors said. I also found the data disturbing, but for different reasons. I don’t think that doctors are generally a dishonest bunch. Yes, there are a few utter miscreants out there, and many more who could use a tune-up on their communication skills. But I suspect that the dishonesty that is being uncovered in a study such as this — and frankly, I was amazed that the number of less-than-truthful instances was so low — reveals more about the diagnosis of being human than anything else.

When Julia walked out of our hospital without full knowledge of her prognosis, I had been derelict in my duty as her physician. I was fully aware that my job was to have “open and honest” communication with her, in a “patient centered” manner. But I couldn’t. I couldn’t bring myself to tell this young mother that she was going to die.

It could be that I over-identified with my patient, or that I let my emotions get the better of me, or that I was an out-and-out wimp. No doubt all played some role, but I wasn’t the only doctor who struggled with the truth. Everyone responsible for her care — intern, resident, medical attending, cardiology fellow, cardiology attending — independently fell short of the Charter on Medical Professionalism. Young, old, male, female, touchy-feely, egotistical, blustery alike — not one of us could say those words to her face.

When it comes to medical error, doctors have an even harder time coming out with the truth. There is, of course, the well-founded fear of malpractice litigation. Momentum is growing for legislation to protect doctors who acknowledge error and apologize. But beyond the fear of malpractice, there is the larger issue of shame at failing at your job, of letting a patient down, that makes you want to hide. It took me two decades to speak publicly about my first major medical error.

I was one week out of my internship at the time, and my patient was admitted nearly comatose with what is called diabetic ketoacidosis, from a severe lack of insulin. After we’d brought him back from the brink and could finally turn off the intravenous short-acting insulin drip, I committed the cardinal error of neglecting to inject him with long-acting insulin. He promptly barreled downhill again. A senior resident rescued him before he had a cardiac arrest, then screamed her lungs out at me in front of the entire emergency room staff.

I never mustered the courage to tell the patient what happened. So great was my shame that it was 20 years before I could begin the “open and honest” communication that the situation deserved.

Are doctors simply cowards? Do our own existential fears paralyze us? Human beings, by nature, prefer to avoid horrible truths, and denial may be our most powerful survival skill. Doctors are no more nor less immune to this, and to the basic human drives of empathy and pity, than anyone else.

By now, even the most hard-core, old-school doctors recognize that emotions are present in medicine at every level, but the consideration of them rarely makes it into medical school curriculums, let alone professional charters. Typically, feelings are lumped into the catch-all of stress or fatigue, with the unspoken assumption that with enough gumption these irritants can be corralled.

The emotional layers in medicine, however, are far more pervasive. Emotions have been described by the neuroscientist Antonio Damasio as the “continuous musical line of our minds, the unstoppable humming …” This basso continuo thrums along, modulating doctors’ actions and perceptions, while we make a steady stream of conscious medical decisions that have direct consequences for our patients. Emotions can overshadow clinical algorithms, quality control measures, even medical experience. We may never fully master them, but we must at least be conscious of them and of how they can sometimes dominate the symphony of our actions.

Julia did eventually get the truth of her diagnosis, at her first post-discharge clinic visit. The actual moment was — as expected — horrible. It took several tries for us to get the words on the table. Voices choked, eyes brimmed — and that was just the doctors. Julia was more stoic. She nodded slowly, very slowly, as she pieced it all together. The quiet that followed felt like a licking of the wounds for all parties. All wasn’t sunny and optimistic, but there was a sense of reality, and now the planning could begin.

Why did it take us so long to tell her? It might have been that we doctors first had to come to terms with the diagnosis ourselves — however selfish that might sound. Perhaps, unconsciously, we were trying to give Julia breathing room. But all this may have been mere justification to make us feel better. The fact is that we didn’t tell her the whole truth, up front, as we should have.

I’d like to say that I’d handle the situation better now, with another decade of clinical experience under my belt, but I’m not sure. Today, at least, when my medical team faces the prospect of giving bad news or admitting a medical error, I try to help my students and interns pay attention to the basso continuo running underneath. I try to point out when our emotions might be impeding us, and when, as sometimes happens, they might be assisting us in caring for our patients. Doctors can’t — and shouldn’t — eradicate the emotions that grease the wheels of patient care. But being alert to them can help us minimize where we fall short, and maximize where we succeed.

(photos from The Expression of the Emotions in Man and Animals by Charles Darwin, 1872. Courtesy of Wikimedia Commons) 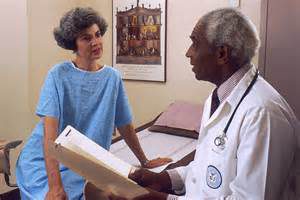 The Doctor-Patient Relationship is Alive and Well 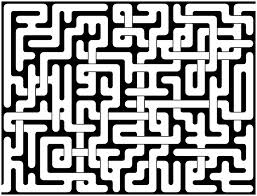 Adventures in ‘Prior Authorization’