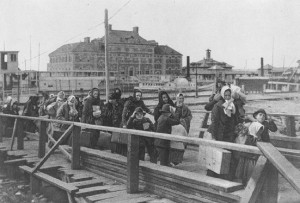 by Danielle Ofri
The Atlantic

I didn’t know much about my patient, a young man originally from Tibet, other than that he worked in a restaurant in Queens.

For most of my patients, their coming-to-America story is an intrinsic part of their medical history. It’s certainly medically relevant in terms of what diseases they might have been exposed to, what nutritional, environmental and genetic factors might play a role in their health, but it’s also such a key part of who they are that it’s usually a central part of our initial interview.

But this patient was reticent, and I didn’t push. He seemed to be a loner, self-sufficient, with a monk-like abstemiousness that made him seem older than 34. Without fail, he always arrived at the clinic with a container of fragrant Tibetan dumplings which he would press solemnly into my hands before I could begin the medical visit. These visits were not that frequent, since other than some acid reflux and low back pain he was quite healthy.

One day he came to my office with a woman in her late fifties, whom he introduced as his mother. I was surprised and delighted to meet her because I had no idea that he had any family with him in this country. I’d envisioned him as a loner. He asked if I would look at a bump under her arm.

I examined her axilla gingerly and was immediately met with granite resistance. My heart sank as I worked my fingers anteriorly over a bulging stony mass in her breast. “How long has this been here?” I asked, trying to keep the doom out of my voice.

As my patient’s story slowly unfurled from him I realized that there was so much I did not know about him. He was not a loner at all. He was married, with two young children. His parents lived with him, as well as an aunt. But no one was getting any medical care because they were undocumented and worried about deportation.

I also learned the he didn’t just work in a restaurant — he’d started the restaurant himself, and now employed several other people. He’d been a journalist in Tibet until he managed to get to America on a student visa, now expired. He was the only one who spoke some English, so he was the one who ventured to the clinic.

His reflux pills he gave to his father, who suffered from a gastric ulcer. The ibuprofen for his back went to his aunt, who had arthritis. And the “bump” under his mother’s arm — well that had been there for years, and it had indeed started out as only a bump. But she was too scared to come to the hospital — she spoke almost no English and worried about deportation.

Everyone in the family worked — in the restaurant, cleaning houses, babysitting — but none of these jobs offered means to obtain health care. And so the family stayed away. The mother’s breast cancer was an insidious and implacable marker of time in the shadows.

As immigration reform wends its way through a fractious and polarized House of Representatives, many are thinking about the implications for health care. From the medical perspective, bringing people into a primary care system is beneficial for our entire society, both from the public health standpoint and the moral standpoint.

But even from the economic side, it makes sense. The savings from treating illnesses early, preventing outbreaks of communicable disease, screening for treatable chronic illnesses and vaccinating to prevent disease are entirely obvious.

On a larger scale, however, immigrants’ relative youth, health, and productivity are a boon to the medical system. A recent study showed that from 2002 to 2009 immigrants as a whole contributed an estimated $115 billion more to the Medicare trust fund than they took out. In 2009 alone, immigrants offered a surplus of nearly $14 billion, while U.S.-born people generated a deficit of more than $30 billion. Most of the surplus, incidentally, was from immigrants who were not citizens. This was felt to be from the higher proportion of working-age taxpayers in this demographic.

There are an estimated 11 million undocumented immigrants in our country. By all accounts, the vast majority of these immigrants would be here legally if it were logistically and financially possible. Bringing this swath of our country into institutional legitimacy would surely have some upfront cost. But the overall gain — for the economy, for Medicare, for our nation’s health — would outweigh this handily. It would also help erase the moral stain of a nation built on immigrants now turning around and casting the next generation of immigrants as second-class citizens.

I explained to my patient and his mother that we would treat her cancer promptly, that we were interested in her health, not her immigration status. I encouraged the rest of the family to come to the clinic and they did. For the older members of the family, it was the first medical care they’d had in years.

The mother, sadly, died several months later. Her disease was too advanced for surgery or chemotherapy, but palliative care helped those months be more comfortable. As her physician, it pained me to know that her cancer might have been cured, even prevented, had she been able to access medical care sooner. But with immigration reform, her two grandchildren have a good chance of growing up healthier. 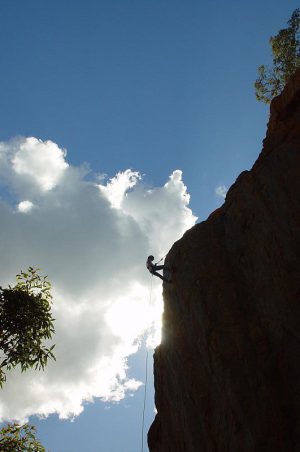 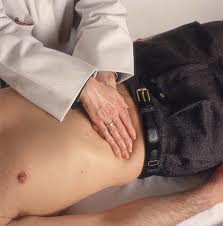 Why Does the Physical Exam Stop at the Navel?