Given the epidemic of doctor-writers out there, one could be forgiven for assuming that a book titled “Internal Medicine: A Doctor’s Stories,” written by a practicing physician, would be a work of nonfiction (and indeed, it is being marketed as such). But in the introduction, Holt writes that he is “recreating experience as parable,” in part to protect his patients’ privacy.

Now, if fiction is indeed the lie that tells the truth, does it really matter whether these stores are strictly nonfiction or partially fiction? I can certainly vouch for the clinical and absurdist accuracy of Holt’s description of medical residency. But still, one might want to know whether the hospice patient whose face had been eroded by cancer really did have to square off with Bible-­thumping church ladies while a Greek chorus of cranky castaway parrots protested loudly. Or is this just a brilliant, hyperbolic way of highlighting “the squalor” of medicine and the “blind random unraveling of lives”? Whatever the case may be, this book illuminates human fragility in tales both lyrical and soul-wrenching.

“One of the essential skills in residency,” our narrator informs us, “is a capacity to forget.” Indeed, blocking out some of the more traumatic experiences of training is a key survival skill. Luckily, Holt has not forgotten, and he recreates, for example, the harrowing desperation of an intern’s first night on call. The doctor — called Harper — is paged to see a patient with shortness of breath, whom he knows only from a few scrawled words on a colleague’s sign-out sheet. Harper dutifully troops to the bedside and finds himself mired in the existential panic that breeds in the dead of night when you are skin-to-skin with the inscrutability of human pathology and it seems as if morning will never arrive.

In the end, it doesn’t seem to matter much if the book is fiction or nonfiction. Holt dissects the medical experience in exquisite and restrained prose.

WORKING STIFF
Two Years, 262 Bodies and the Making of a Medical Examiner
By Judy Melinek and T. J. Mitchell

Our culture has a lurid fascination with grisly deaths, especially if homicide, suicide, torture or crime scenes are involved. And in this chronicle of learning forensic pathology, Melinek delivers: Bodies arrive garroted, charred, bullet-ridden, drug-laden, maggot-infested. It is the job of Melinek and her medical examiner colleagues to elucidate the cause and manner of death, but we learn that the meticulous autopsies and the painstaking attention to detail do more than just that — they are ways of honoring the dead. Under the exacting professional standards of the chief medical examiner, everybody — every body — gets its due. Nowhere was this clearer than in the aftermath of Sept. 11; Melinek was part of a team of 30 doctors who identified the remains of victims.

Despite the sensational cases that generally make headlines, Melinek learns that most unexpected deaths have “dangerously mundane” causes — tobacco, drugs, guns, obesity, jaywalking, leaning over that yellow line on the subway platform. “Staying alive,” she writes, “is mostly common sense.”

Looming over the book is the suicide of Melinek’s father. A chief of emergency room psychiatry, he hanged himself at the age of 38, when the author was 13. He didn’t leave a suicide note, and in the book’s most affecting passages, Melinek reads his autopsy report hoping to uncover “some hidden clue, something I could see with a medical examiner’s eye that might help me understand why he killed himself.”

Each self-contained case is captivating and often unsettling, but I kept hoping for more depth or some sense of the doctor’s evolution. The chapters felt like beads in a necklace that could be strung in any order.

Still, as Melinek points out, the body never lies, and human physiology and human psychology are endlessly intriguing. “Working Stiff” is a testament to unvarnished truths.

ON THE CANCER FRONTIER
One Man, One Disease, and a Medical Revolution
By Paul A. Marks and James Sterngold

Marks, a former president of Memorial Sloan-Kettering, draws from his long career in cancer research to reveal the complex, messy and fascinating reality that regrettably does not fit neatly onto a bumper sticker.

Marks describes cancer as “the existential illness”: The group of diseases that we lump under a single name arises from the basic mechanics of life. “As long as cell division is the means by which we propagate and survive as a species,” Marks writes, “cancers will develop.” Not exactly a snappy fund-raising rallying cry, but the blunt fact.

“The truth is,” he states, “basic research has been the engine for most of the successes in the war on cancer.” And basic research is open-ended and freewheeling, full of incomparable drudgery, quirky results, frustrating dead ends and unexpected left turns. But this is how scientific knowledge advances, and indeed enormous strides have been made: The death rate for cancer patients in the 35-44 age group, for example, has dropped by half over the last half-century or so.

Nevertheless, it is the research at the bench that gets the well-deserved credit. Congressional cuts to the National Institutes of Health are about the worst prescription for cancer you could possibly dream up. 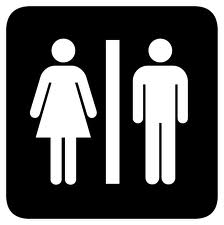 Assuming the Doctor’s a “He” 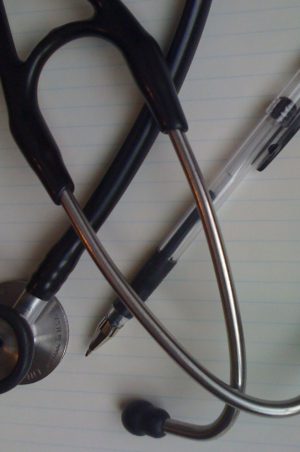 Doctor-Writers: What Are the Ethics?