Imagine a World Without AIDS 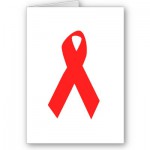 For those of us who did our medical training in the late ’80s and early ’90s, AIDS saturated our lives. The whole era had a medieval feel, with visceral suffering and human decimation all around. Death was vivid, brutal and omnipresent.

Bellevue Hospital, where I trained, was one of those city hospitals that felt like ground zero for the plague. Every third admission seemed to be a patient in his mid-20s who looked as if he’d arrived from Dachau or Biafra, with nary a T-cell to his name. Horrific Kaposi’s sarcoma ulcerated these patients’ bodies. P.C.P., a brutal form of pneumonia, strangled their breathing. Fevers and infections plundered every organ system. What few defenses their bodies mustered were pummeled into insignificance.

The utter relentlessness of the disease pummeled the doctors-in-training as well. It felt as if we were slogging knee-deep in death, with a horizon that was a monochrome of despair. Witnessing your own generation dying off is not for the faint of heart.

The 17 West AIDS ward in Bellevue was always full to capacity, so H.I.V. patients overflowed into the general medical wards, and of course swamped the prison ward, the tuberculosis ward, the pediatric ward and the emergency room. We even had a “spillover” ward, 12 East, reserved for the “actively dying.” The hospital had carved out a ward of private rooms — otherwise unheard-of in a city hospital — so that these patients could have a modicum of privacy in their final days. Needless to say, 12 East was also full to capacity, with a line of patients waiting for a room to “open up.”

If you’d grabbed a random intern toward the end of my residency in 1995, and asked her if she could envision the headline “The Beginning of the End of AIDS” in less than 20 years, she would have simply stared uncomprehendingly at you with bleary eyes. More than 50,000 Americans died of AIDS that year. By 2009, the number had edged under 20,000.

In the worlds of both medicine and metaphor, the narrative arc of AIDS has almost no peer. The transformation from hopelessness to pragmatic optimism is — scientifically speaking — nothing short of miraculous. Potent combinations of antiviral medications that brought patients off their deathbeds and back to life, viral load testing and H.I.V. genotyping that helped tailor treatment regimens, screening of the blood supply, aggressive public health campaigns, prevention of maternal-fetal transmission — we could hardly have envisioned the pace of development.

After years of disappointments, H.I.V. vaccine research is heating up again, as breakthroughs in the understanding of H.I.V. immunology have identified nearly two dozen potential vaccine candidates. The apparent H.I.V. cure as a result of a bone-marrow transplant in a man known as the “Berlin patient” has stimulated tantalizing gene therapy research.

The staggering progress of these past two decades leaves me breathless, and to be honest, almost teary-eyed. For nearly every other category of disease that afflicts my patients, the treatments are largely the same as when I was an intern. Yes, we have fancier stents for our cardiac patients, and more targeted chemotherapy for our cancer patients, but the overall paradigms have shifted only incrementally.

H.I.V. has been easier to target, in part, because it is caused by a single infectious agent — as opposed to the diverse factors that influence cardiovascular disease and cancer. And then there was the avalanche of resources and the galvanizing of public activism that served to concentrate scientific efforts in a manner never seen before. By no means do I wish to belittle the impressive advances in other fields of medicine, but our oncology wards and cardiac wards still do a brisk business.

AIDS patients in the hospital are a rarity now — they are more likely to be admitted for an ulcer or a heart attack than for an H.I.V.-related illness. The overwhelming majority receive their medical care in outpatient settings, like everyone else who is living with a disease rather than dying of a disease. AIDS has settled in next to hypertension and diabetes as one of those chronic conditions that patients deal with over the course of a lifetime.

“Over the course of a lifetime.” Now there’s a concept we never thought about back then.

There is still a long way to go, of course. The 19th annual International AIDS Conference just ended on Friday, and no one is underestimating the gravity of the challenges that remain, particularly in developing countries. But to even contemplate, however tentatively, the beginning of the end is something that my peers and I never imagined happening in our lifetimes.

I often think about grim days we spent doing rounds on 17 West and 12 East. I remember the slow and tortured deaths of our patients, their emaciated bodies disintegrating into nothingness before our eyes. More tears were shed on those wards than any I’ve worked in since.

And what happened? The 17 West AIDS ward became a regular medical ward. The 12 East dying ward was turned into offices. And then, this month, the inpatient AIDS service at Bellevue closed down entirely. If that doesn’t signify the beginning of the end, I don’t know what does. 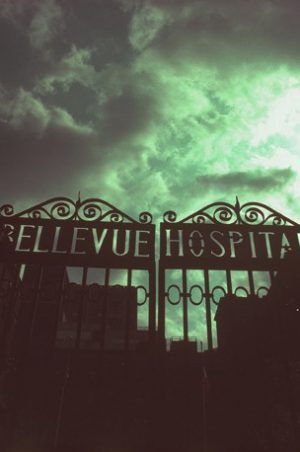 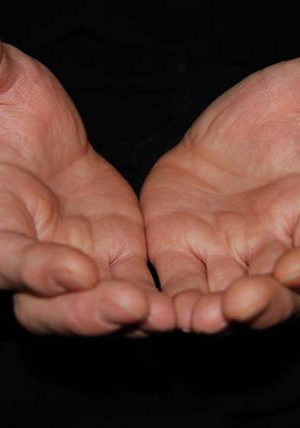