Scenes From the Lives They Lived in the City

excerpt from SINGULAR INTIMACIES: Becoming a Doctor at Bellevue

printed in the New York Times.

I stepped out of the Bellevue E.R. into the chilly spring night to see what the excitement was. Just pulling in was a school bus, the kind I’d taken every day in elementary school, but this one was light blue instead of yellow. Boxy letters stenciled in midnight blue draped over the metallic ridges that ran along the sides of the bus: New York City Department of Corrections.

All the windows and doors were covered with double layers of thick metal mesh. Squinting, I could make out vague silhouettes of heads and shoulders inside. It was a cage on wheels.

Twelve young men bound in hand- and leg-cuffs sauntered out. They were connected by a 20-foot metal chain that threaded through each of their shackles. The long chain dragged and clattered against the ground as they walked — the 12 of them joined as one unwieldy, serpentine organism. A few threw back their shoulders and jutted their hips forward in an attempted swagger, but their steps were snapped back by the chains.

I was the only other person standing outside other than the correctional officers. Each prisoner seemed to eye me specifically and deliberately as he walked by. I shuddered and hurried inside, glad to have the freedom to rejoin the noise and chaos of the E.R.

It was my very first night on call. Even the words impressed me: ”on call.” Now I, too, could comment casually about my morning fatigue: ”Oh, I was ‘on call’ last night.” I wasn’t actually sure what I was supposed to do while on call, but I knew I had to stick tight to my intern, Li-Chan.

I soon learned that following an intern was no easy task. Li-Chan walked, breathed and existed twice as fast as I did.”  (from the  New York Times.) 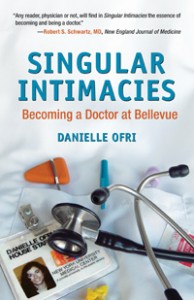 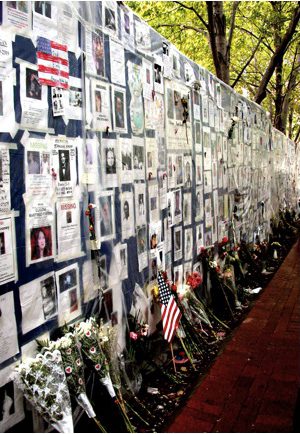