A Patient, a Death, but No One to Grieve 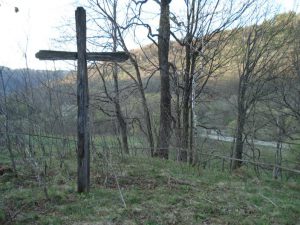 My patient’s body was unclaimed, and it had already been sent for burial by the time I learned of his death on a Thursday afternoon. It had happened on Saturday, at another hospital. He hadn’t left any next-of-kin contact, and it had taken that hospital’s social worker four days to trace a trail back to me.

“Did he have any family?” the social worker asked me, her voice urgent. “Anyone that he stayed in touch with?”

I hunted through his chart while we spoke on the phone, and found my first visit with him, three years earlier, when he was 56. He’d come to me with a hernia the size of a softball. The surgeons wouldn’t operate until his blood pressure — a sky-high 215 over 110, despite five antihypertensive drugs — was controlled.

He was 5-foot-6, thin, compact, with short-cropped graying hair and a distinctive raspy voice. “Miz Ofri,” he’d always call out to me from the waiting room, his choice of appellation an endearing mix of Southern manners and the reality of Bronx casual.

At one time he had used heroin, but he quit drugs — and methadone — in the 1970s. He served a decade in prison in the 1980s but had led a clean, quiet life since then. He was divorced, and had lost touch with his four children while he was incarcerated.

We spent nearly a year controlling his blood pressure on a complex, ever-changing regimen of pills. But the surgery never happened. “I’m afraid of needles, Miz Ofri,” he said. “Once you’ve been off heroin, you can’t look at a needle again.” The idea of an IV was simply too much.

Over the next year, diabetes crept into the picture, and we added several more pills to his regimen. He decided to try again for the hernia repair, but then his blood pressure spiraled out of control and the surgery was canceled.

I saw him at least once a month. He never came with anyone, nor did he ever mention anyone in his life. He always maintained the same address in the Bronx, but his phone service was intermittent, generally in tandem with whether or not he had a job.

“Didn’t you ever ask him,” the social worker from the other hospital pressed me, “who you should call in case anything ever happened to him?”

I felt a twinge of embarrassment. It seemed obvious in retrospect, but clinic visits for a walking, talking, self-sufficient adult weren’t the same as a hospital admission for a critically ill patient. Next-of-kin issues rarely came up, and, in any event, his medical concerns were too pressing to worry about other things. The hernia, too, had receded to a back burner.

Just in the past few months, I had achieved what I considered a major success. I introduced my patient to an insulin pen, a newer method of insulin delivery that didn’t remotely resemble drug paraphernalia. The needle was minuscule.

It was touch and go at first, but I finally got him to try a tiny dose. My plan was to get him over the hump of actually using the insulin, then increase the dose to control his blood sugar. His kidneys were starting to fail, and anything that might delay dialysis would be a major victory.

The week before the call from the social worker, he was at our clinic for a prescription refill. A physician assistant gave him the medicine and reminded him of his appointment with me next month.

On Friday, he apparently began experiencing severe abdominal pain. He was taken to the nearest hospital, where a CT scan revealed “free air,” an ominous sign that indicates an intestinal rupture.

The social worker connected me to the surgeon, who told me that the hernia had become a strangled a knot of intestine. “It was already gangrenous when we opened him up,” He said. But the operation was a success, and the patient felt better post-op.

“So how did he die?” I asked, trying to keep my voice steady.

“I’m not exactly sure,” the surgeon said. “He was fine the next morning when the nurse gave him his morning meds, but an hour later he was unresponsive. They coded him but couldn’t bring him back. Either a heart attack or major blood clot, we’re not sure. I tried to get an autopsy, but our hospital doesn’t do them anymore.”

I held the surgeon on the phone as long as I could, as the emotional calculus took hold that this would be my last connection with my patient. It might be the last time anyone thought about him or spoke his name. Once I hung up the phone, that would be it. The surgeon and the social worker would move on to other patients: this would be just a transient case in their vast medical enterprise.

It was frightening to realize that someone could die and there might be nobody to mourn, much less reflect or even react. It dawned on me that I might be the only person who had any regular contact with him over these years. I wanted to attend his funeral, to do something to demonstrate that his life had some connection. But even that wasn’t possible: his body had already been sent off to be buried by prison inmates at the potter’s field on Hart Island, a tiny sliver of land in Long Island Sound where unclaimed New Yorkers have been interred since the Civil War.

I took a deep breath and then wrote an “expiration note” in the chart, a postscript to the official documentation of his life. And then I wrote this essay, needing to solidify my recollections before they could fade.

Perhaps someone out there would recognize him, I hoped, and offer a small prayer of condolence. Maybe someone else in this world would join me in carrying a bit of him in their memory, so that he wouldn’t have died completely alone.

A few weeks later, his name popped up on my roster for his scheduled visit. I was unprepared for the claw in my gut that seized me. I wanted to hold on to his memory, to share it. But there was no one. My thoughts of him felt like a balloon straining from a child’s hand. At some point the balloon would escape the grasp, despite my best intentions, and steal silently, forlornly into the endless sky.  (from the New York Times.) 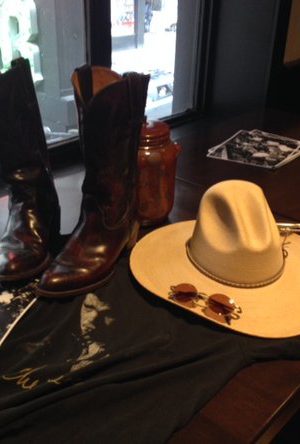