Nothing Glamorous about Opioid Addiction 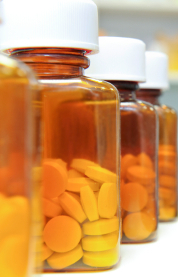 The car accident was more than a decade ago. The leg fracture has long since healed. The visible bruises and scars are all gone. But the patient in my office tells me that her pain is still there, and this is something we discuss at every visit.

As a physician at Bellevue Hospital in New York City, I can diagnose diabetes from a blood sugar test and pneumonia from a chest X-ray. I can quantify a fever with a thermometer, and liver damage from an ultrasound. But there is no way to objectively measure pain.

In primary care medicine, most diagnoses are based on what a patient says. The patient’s story is the primary data, and as a rule I take her words as fact. Pain stands nearly alone as a medical condition that not only can’t be measured but that patients might also have an ulterior motive to lie about.

This, unfortunately, adds an uncomfortable element of suspicion into an interaction that is supposed to be based on trust. I never wonder if a patient is lying when she says she is constipated or has a vaginal itch. But the reality is that there’s not much street value for Metamucil, and there aren’t any rehabs filled with recovering Monistat addicts.

My patient tells me she’s “tried everything” over the years, and the only thing that relieves her pain is OxyContin. She’s borrowed a few tabs from her sister (who had them left over from an earlier surgery), and they really work. I don’t doubt this; the drug is extremely effective in relieving pain, but it has a high potential for addiction, not to mention a hefty street value. I can’t know if she might be asking for the drugs to feed an addiction or sell for money.

I feel sullied when these thoughts enter my mind. I don’t want to harbor suspicions about my patient. If she says she’s in pain, then she’s in pain, and my job is to help relieve that pain. But like almost every doctor, I have been lied to in the past. I’ve had my prescription pad stolen. I’ve been called by the Drug Enforcement Agency about prescriptions of mine that have been sold on the street.

As the patient in my office speaks, I can’t help but remember another patient in a wheelchair with an amputated leg who, to get an opioid prescription, flat-out lied to me that his pain clinic had closed down. Then there was the patient whom I found had filled narcotic prescriptions from eight different doctors at eight different pharmacies. These shattering instances are enough to give me pause. I’m also aware of the rising tide of opioid addiction and overdose. Do I want to expose my patient to those risks?

I know too that there are other factors that have put my patient and me into this difficult situation. I’d love to send her for physical therapy, but her insurance company—like most—offers scant coverage for alternative pain treatments like PT, acupuncture, massage, and chiropractic therapy. She already used up her PT benefit, and it will be another year until she can be eligible for more. I could try to call the insurance company and argue on her behalf, but that could take hours— tear-out-your-hair kind of hours that would likely be fruitless anyway. I can’t deny that it’s so much easier just to write a prescription.

It’s also no secret that drug makers have pushed these narcotics heavily on doctors. I have one gastric ulcer dedicated solely to Purdue, who assured us that our patients faced little risk of addiction to OxyContin while sanctimoniously reminding us of our ethical duty to treat pain.And so we doctors and patients are in a pickle. Chronic pain is real. It can ruin people’s lives. But the anvil of addiction and death can’t be ignored.

Sitting with my patient as she tells me how pain dogs her life, sapping energy and joy from her waking hours, I drag out the well-worn trope that there is no easy solution. I frame it as a chronic condition like diabetes and explain why I think OxyContin won’t be the magic bullet. We set modest goals that relate less to the pain per se but to her overall functioning. We discuss the role of a healthy diet and the importance of exercise, even if just a little. We talk about engaging in activities that have meaning for her.

In the end, I don’t prescribe the painkiller. The short-term benefits don’t seem worth the long-term risks. My patient and I part ways with a handshake and an understanding that this is only the beginning. It will be a long haul, but we will keep at it, bit by incremental bit. 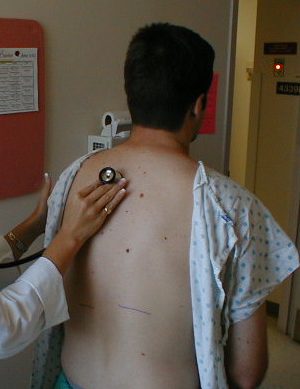 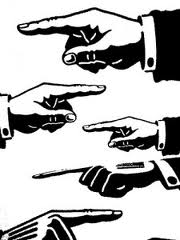 Doctors Blame Others for Medical Costs