You would have thought that my hospital was preparing for the imminent coming of the messiah. Digital count-down clocks posted around the hospital ticked down the weeks, days, minutes, and seconds till the vaunted day. For months, every medical, logistical, academic, and intrapersonal transaction was beholden to April 1st.

That the hospital had chosen April Fools’ Day to transition hundreds of thousands of patients and their clinicians to a new electronic medical record (EMR) was either a cosmic oversight or some techie’s idea of wit. But on April 1, our old system with its 20 years of painstakingly accrued data, was put out to pasture and we entered the new world of Epic, which is now the predominant electronic medical record in the U.S.

A hospital is more than a building. Some liken it to a beehive, but it’s more like a Borgesian labyrinth with an unimaginable number of functionalities. A hospital is designed to attend to everything from kidney stones and paralysis to psychosis and sore throats. It has to juggle blood transfusions, premature labor, insurance forms, ingrown toenails, cardiac arrests, and diabetic meals.

So it’s no surprise that the electronic medical systems that accommodate a hospital’s dizzying variety of tasks are monstrously complex beasts. In order to go live on April Fools’ Day, the thousands of employees who occupy hundreds of different cogs in our hospital’s machinery all had to be trained to learn the gargantuan system.

The transition was, shall we say, epic. Patients were frustrated by the inevitable slowdown of an already over-burdened medical system. Clerks, medical assistants, nurses, doctors, phlebotomists, social workers, billing specialists, and others labored over their computers, struggling to fit the human patients standing before them into an unyielding electronic pegboard.

Cheerful, red-shirted, 20-somethings flooded the hallways to field questions, exasperations, and occasional full-fledged breakdowns. (Among the many metrics used to judge a hospital’s function, one surely ought to be the number of times each quarter that a fully licensed, board-certified physician breaks down in tears in the exam room.)

Six months in, now that I’m used to Epic’s kinks and quirks, a new reality has set it. It’s not so much whether one EMR is better than another — they all have their breathtaking assets and their snarling annoyances. What is really becoming clear to me is the uncomfortable realization that there are actually three of us in the room now: the patient, me, and Epic.

What started out as a tool — a database to store information more efficiently than the paper chart — has inserted itself as a member of the medical team. What used to be a tango between the doctor and patient is now a troika.

But unlike the doctor or the nurse or the physical therapist, the electronic medical record system undergoes no medical training. Unlike the blood pressure cuff or the pacemaker or the MRI, it does not have to meet any federal safety standards. Unlike the cholesterol medication or the antibiotic, the EMR doesn’t have to undergo any clinical trials to ensure that its harms don’t exceed its benefits.

There is a voluntary federal certification process that most electronic medical record vendors participate in, though this process focuses mostly on the functionality of individual pieces of the software. It isn’t set up to investigate the impact of these systems — which are made by for-profit, privately held entities — on patients’ health.

Yet here they are, full-fledged members of the team. The EMR influences how doctors approach their patients and how they make medical decisions. It dictates clinical priorities and workflows.

But does the EMR actually improve medical care?

One study of hospitals found that EMR use had no effect on medical complications, hospital readmission rates, or overall mortality over the course of three years. Another study that focused on small- and medium-sized medical practices noted that EMR use was “associated with the ability to generate reports — but the reports did not necessarily support quality improvement initiatives.”

Electronic medical records were initially developed for billing purposes, not patient care, so it’s not surprising they’ve been shown to improve hospital efficiency. There’s also a suggestion that they improve financial margins, though this may be because enhanced data gathering makes it easier to qualify for incentive payment programs.

There’s no doubt that electronic medical records are a godsend for storing data. (Younger doctors have no idea how much pavement pounding was invested in tracking down lost x-rays, missing charts, and elusive hematology consults.) Retrieving that data, however, is another story. Trying to find the exact needle you need in the EMR haystack is far more time-consuming than it should be. While the paper chart inspired succinctness, the EMR’s endless “requirements” result in an exploding amount of useless e-fluff, rendering the haystack even more opaque and unwieldy.

The electronic medical record shows the most promise for population health. It can help health systems figure out, for example, how many patients smoke but have never been screened for lung cancer, or how many nutritionists to hire given the number of patients with diabetes. It can offer data on how long it takes to get an appointment with a pediatrician and contrast that with how many kids end up at urgent care. This type of bird’s-eye view, which was laborious (and usually inaccurate) in the paper-chart days, is now essential for allocating resources and planning ahead.

For the health of individual patients, however, the results are less clear. Studies focused on diabetes, sepsis, and advance directives have shown mixed results — certainly not the exponential improvements that EMR evangelists promised.

What is not in doubt, however, is the erosion of doctor-patient communication. A typical medical visit these days consists of the doctor wrestling with the computer while the patient gazes off at the supply cabinet. I try valiently to maintain eye contact with my patients, but it’s virtually impossible with the demands of the EMR. Unsurprisingly, patients participate less in the interaction when their doctors are ensconced in the EMR, and they acutely feel the diminishment of eye contact.

Sometimes I invite my patient to pull her chair next to mine so we can attempt to be on the literal same page. But, of course, we’ve now lost any hope of eye contact.

Patients, though, seem remarkably forgiving of their doctors and nurses, and most see the positive potential of the EMR. Many tell me how much they love the new patient portals, which make it far easier to contact their doctors, request medication refills, and view test results. Quite a few, though, comment on the unpleasant and impersonal nature of the system.

Most substantially, patients have noticed how the electronic medical record decimates staff morale, and recognize that this is not without consequence for their health.

On the clinician end of the things, the EMR has had a massive impact, as medical care has devolved into data-entry drudgery. While the EMR can streamline workflow and make life easier for specialists in some fields, for generalists it has skyrocketed the workload. Primary care doctors now spend an average six hours a day doing data entry (twice as much as they spend on direct patient care!) And then many routinely clock in additional hours of charting at home. This is a prominent contributor to burnout, which in turn is a prominent contributor to medical error.

Doctors are particularly pummeled by the tyranny of the in-basket. That quaint-sounding term incongruously suggests aged brie and checkered napkins rather than iron manacles and the ceaseless labors of Sisyphus that it represents to practicing physicians. No matter how assiduously you work, you can never ever be done; the tasks pile on relentlessly. Heavier loads in the in-basket correlate with physician burnout, the brunt born largely by those in the primary care trenches.

The electronic medical record is here to stay, and I don’t know anyone who wants to turn back the clock. On balance, it is vastly superior to the old paper chart. It is a technological wonder — there’s no doubt about that — and there is great potential for working with populations of patients.

For the day-to-day realities of individual patients and medical professionals, however, the prognosis is still guarded. It may be that artificial intelligence will improve things in the future but for the moment we have to recognize that the EMR has decisively realigned how doctors and patients connect. 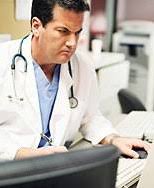 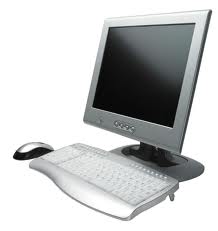 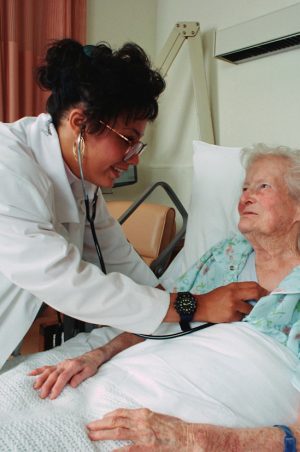 The Daily Exploitation of Medical Staff