A patient’s heartache, lost in translation

She is one of my healthy patients. She looks much younger than 60. Sometimes her arthritis acts up, but that doesn’t stop her from exercising. Occasionally she has hemorrhoids or a cold.

I enjoy my visits with Wilamena Hernandez (not her real name): no chronic debilitating illnesses like diabetes or heart failure, no impending death or doom.

Our visits mainly consist of discussions about low-fat diets to treat her mildly elevated cholesterol. We get to focus on preventive measures, like PAP tests, mammograms, exercise and vaccines — things there often aren’t time for when a patient has multiple severe diseases.

The other reason I enjoy our visits is that Hernandez is from Peru. Peruvian Spanish is clear and steady. Each word is fully articulated, and every letter is pronounced — crucial elements for a mid-level Spanish speaker like me. In these visits I feel as if I have truly mastered the language, because I can understand just about every word she says. I’m confident that almost nothing is shortchanged in our encounter and that language is not an impediment to good medical care.

Last week Hernandez came for a routine visit. I hadn’t seen her in six months, so we reviewed her latest cholesterol level, which had improved slightly with her dietary changes. We reviewed all of her health maintenance issues, and I marveled to myself at how easy the interchange was. Slowly the conversation drifted away from medical issues to personal ones, as I asked her a general question about how things were going at home.

Hernandez said she was actually under quite a bit of stress, especially regarding her older daughter. She started telling me a complicated story about her daughter’s boyfriend, their young child, the discord in their relationship, how the daughter was starting to rely on her mother more, but the two of them were beginning to fight. She grew visibly agitated. Her voice became more staccato as she talked about the pain that her daughter’s troubles were causing her. Her words began to run together, the final consonants of one word bumping up against the following word.

I found that I was beginning to miss a word here and there, and I worried that I might lose the thread of her increasingly complex story. I cocked my head closer to her, as though absorbing more of her voice might help me to better understand what she was saying. Hernandez was now biting her lip to hold back tears, and her speech became ragged as she told me that she was concerned that her daughter might be the victim of abuse by her boyfriend.

I pulled the box of tissues closer to us, and I reached out for Hernandez’s hand. She swallowed hard, but the tears began to flow anyway. Now her voice was savaged by emotion, and I could feel my grasp of her Spanish slipping away.

Should I stop and call an interpreter? I wondered. That would be too disruptive, obviously, at such a tender moment, but maybe I should let her know that I was losing track of her story. I narrowed my eyes and focused my brain as hard as I could on her words. Hernandez grabbed my hand in both of hers and pulled me even closer. In her raggedy speech I discerned that she had been abused when she was younger and now was afraid that her daughter might end up in the same horrible situation.

Now it was my turn to be terrified. This was serious, and I had to be sure that I understood. Bits and pieces came flying now: her difficult life in Peru with her first husband, how she fled to America with her three children, how she survived with no English and no money. She wept as she described her daughter falling into the same trap she had, and how she seemed powerless to stop it. I knew I was missing some details and much of the nuance, but she hung on to me while she spoke, and I hung on to her story as it unfolded. I hoped I was getting the gist of it, but I couldn’t be sure.

And then, finally, we came to the other shore: Hernandez had finished her story. Her history and her terror seeped into the silence as we both took deep breaths. The grip of our hands loosened as a cathartic calm tentatively settled in the room. We both acknowledged the gravity of what had just transpired, and her exhausted Spanish eased its way back to its normal pitch and clarity.

We talked quietly about options for handling her situation: consulting a therapist, talking to her priest, confiding in friends. I gave her the phone number of a domestic violence hotline, as well as the number of our hospital social worker. We lamented, though, the limited steps she could take with respect to her daughter’s life. There is almost nothing, it seems, to compare to the pain of watching one’s child — at any age — get hurt.

We walked to the door together and bade farewell. I wondered if I’d handled the situation correctly. Should I have obtained an interpreter when my grasp of Hernandez’s story began to unravel? Perhaps I’d missed other crucial information that would affect her health and safety. Or was it more important that I simply remained there, allowing her to tell her story?

In the ideal world, I would have been able to stay there with Hernandez and understand every word she uttered. But my Spanish simply wasn’t that good. However, if an interpreter had been present, would Hernandez have spoken as freely about her painful memories and current anxieties?

A conversation is a dance between two people, and it involves connection. Speaking through a third party, whether it be a human being in the room or a phone handed back and forth, doesn’t allow the same sort of connection. It’s hard to imagine that Hernandez and I could have had such a sensitive conversation with a stranger in the room. The times I’ve used either a human interpreter or the hospital’s phone interpreter services, I’ve found that the patient and I discuss only the specific matters at hand. We may resolve the medical issues accurately, but the conversation never strays. We never have the chance to “chat,” and I’m sure I miss many important details about patients’ lives.

With languages such as Cantonese or Bengali I have no choice: I must use some sort of go-between to communicate with my patients. But with my Spanish-speaking patients I face an odd dilemma: I speak enough Spanish to cover most situations, but not enough to call myself fully fluent. I could conduct the interview in Spanish and offer my patients the comfort of communicating directly in their native language. Or I could use an admittedly awkward interpreter to ensure that I get all the details. Are the gains in comfort and connection worth the loss of detail? Are the gains in accuracy worth the loss of intimacy? In either case, it seems, I’m practicing medicine with imperfect skills.

But in truth, it’s just as easy to make such mistakes in English. There are days when my antennae are not highly tuned to emotional issues and I miss a patient’s well-articulated cues. And there are times when a patient unleashes a deluge of emotion in textbook English, but the story is so convoluted that I can’t follow it.

I’ve decided to pose this question to some of my patients. I tell them, upfront, that I speak some Spanish but that it’s not perfect. I offer them the opportunity to have an interpreter for improved accuracy. But not a single one has taken me up on that offer. It seems that the ability to communicate directly and to form a connection with one’s doctor outweighs the desire for 100% accuracy. This is the one fact that is never lost in translation.  (from the Los Angeles Times) 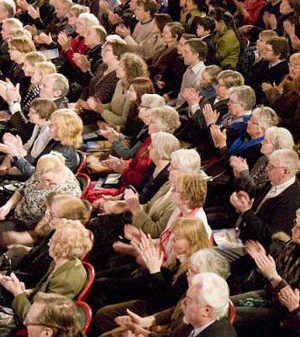 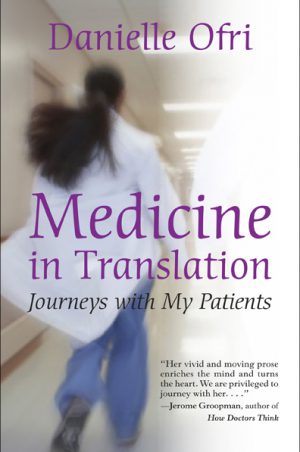 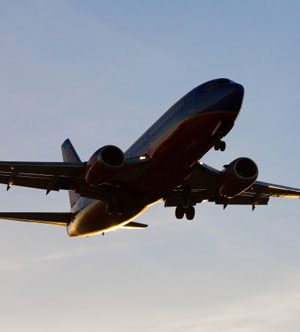 Medicine Out of Context