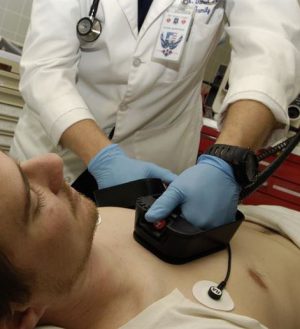 Sasha (not her real name) was on break from college when she saw me for her annual check-up. It’d been a stressful year but a good one: She’d finally selected her major, and her first round of exams had gone well, though she still had to work nights at a restaurant to make ends meet.

Sasha’s mother is also my patient, so I have some sense of the family background. Sasha’s father left years ago, and Sasha’s mother—an immigrant who speaks only modest English—has held things together working as a street vendor and a housecleaner.

In many ways, Sasha is living the American dream. She was raised in single-parent, struggling immigrant family and is now the first person in her family to attend college. She is on her way to a professional career that will not require the backbreaking physical labor her mother has spent decades doing.

But from caring for both Sasha and her mother, I know that this storybook trajectory is far from assured. They both rely on Medicaid for their health care. If the Affordable Care Act is undone, they could be one of the millions of unlucky Americans who lose their health insurance. That could have catastrophic effects on their health and their finances.

Luckily, the Affordable Care act survived three frontal assaults over the summer and into the fall. Now suddenly, it’s in the crosshairs again. But this time, it’s more of a sneak attack: Congressional Republicans have to find a way to pay for their tax cut, and they’ve stumbled upon a politically ingenious way to do so. If they repeal the individual mandate that is a cornerstone of the ACA, they’ll be able to come up with some $300 billion dollars to offset their tax cuts. And by pulling out this key girder, they’ll be able to hobble their hated ACA without to the effort of passing an unpopular repeal bill.

The nonpartisan Congressional Budget Office estimates that pulling out the individual mandate will knock 4 million Americans off the health insurance rolls by 2019, and 13 million by 2027. (Once the mandate is not in force, many people—mostly the healthy ones—will choose not to buy insurance. Premiums will then rise steeply, pricing millions more out of the market).

So, the other day, I called the office of Senator Bill Cassidy of Louisiana to talk about Sasha. I’m not from Louisiana and neither is Sasha, but Senator Cassidy’s vote could have a huge impact on Sasha’s health. I chose Cassidy because he is nominally one of the “swing state” senators, but mainly I chose Cassidy because he is a physician, one of three in the Senate, and I wanted to talk medicine with him, doctor-to-doctor.

The staffer in Cassidy’s office was very polite. I told him about Sasha and how I was worried about her health, how losing her insurance could derail her health as well as her job prospects. I told them about Sasha’s mother, who could die if her diabetes and heart disease went untreated. “What will happen to them if they lose their insurance?” I asked. The staffer didn’t have a reply for me. “What’s Dr. Cassidy’s back-up plan for my patients when they lose access to medical care?” The staffer was sheepish about not having any sort of answer. I actually felt sorry for him.

I received the same shamefaced response when I called the other two physicians in the Senate—Rand Paul of Kentucky and John Barrasso of Wyoming. I pressed the staff about my patients, but they could only backpedal uncomfortably. I reminded them that Dr. Paul and Dr. Barrasso are still doctors, even if they are sitting in the Senate chamber instead of in an exam room. The commitment to “do no harm” doesn’t disappear when you take off your white coat.

Before this year, I’d never called a member of Congress in my entire life. Even when I disagreed with what was happening in our government, it never crossed my mind. I didn’t even know that you actually could call Congress.

But something changed for me when the House and then the Senate aggressively pushed to repeal the ACA this past summer. The gravity of the potential harm to my patients made it impossible to sit on the sidelines. This bill was a medical emergency,, and we in medicine had to treat it as such.

Medical professionals of all stripes—typically a politically reticent group—stepped up to the plate. Individual doctors, nurses, medical students, physical therapists called lawmakers, organized demonstrations, circulated petitions and rallied colleagues. Even more strikingly, medical organizations—an even more hidebound group—lined up uniformly and publically against the repeal of the ACA. , There was a recognition that they we have a duty to protect the health of their patients

The most recent sideswipe to the ACA garnered some press when it first came out two weeks ago, but it has largely dropped out of the news, as the tax bill tussle focuses on standard deductions, corporate rates, 401k’s, deficits, estate taxes, and “pass-through” businesses. This threat to the ACA somehow seems less urgent than the past ones we have weathered, —indeed, the entire tax bill hasn’t inspired quite the same sense of alarm as any of the attacks on the ACA.

We can’t let this attempt go unchallenged. There were many reasons for the failure of the three ACA repeal attempts, but there’s no doubt that the universal opposition by medical groups and by individual healthcare providers played an important moral role.

Repeal attempt #4 may go by another name—tax reform—but its effect will be the same, with millions of Americans losing access to health care. Medical organizations have again released statements opposing this backdoor attack on the ACA, but it has hardly made the news. There are almost no media interviews with doctors and nurses on how the tax bill will affect their patients. There are hardly any medical experts on the cable news shows, and certainly none on Capitol Hill

Something about it being a tax bill rather than a medical bill has made it feel less personal—to doctors, to patients, to medical organizations, and to the media. But for the millions of Americans like Sasha and her mother, the fallout of this bill will be intensely personal.

We in the medical profession cannot rest easy. Political forces seem determined to push their agendas, no matter how many ordinary people are harmed. Senators Corker, Flake and McCain have each made impassioned speeches about the danger of Trump to the nation. We need to make sure their actions match their rhetoric. Senators Murkowski and Collins have backed away from ACA repeal in the past. Let’s keep them focused on medical “side effects” of this tax bill.

For those of us who see real medical side effects in our daily work, this is critical matter of patient safety. We have to keep reminding our elected officials about the human costs of their political agenda. 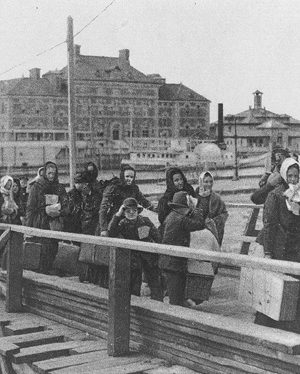