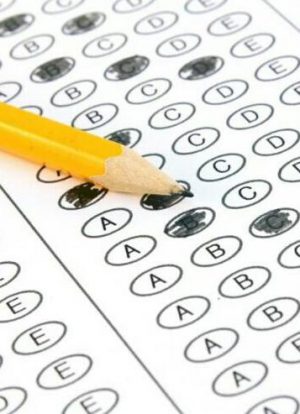 When medical students are handed their diplomas, they are technically full-fledged doctors, but most would admit their only true expertise is taking tests. Medical training is an ongoing saga of standardized tests that culminates in the board certification exams at the end of residency.

When I took my internal medicine boards, I felt in top form — fresh out of residency, having studied intensely for six months. After I handed in my last exam booklet, I breathed a sigh of relief that my career of exam-taking had finally ended. Now I could focus on actually being a doctor, and never have to face a No. 2 pencil or optical scan sheet again.

But then the American Board of Internal Medicine realized that a one-time exam wasn’t sufficient for keeping pace with the rapid advances in medicine, and thus the “recertification process” was initiated, requiring doctors who qualified in or after 1990 to retest every 10 years.

Part of the recertification process was a series of “open-book exams” that mimicked the real world of medicine, since most doctors routinely consult books, journals and colleagues when faced with difficult questions. But there would also be an old-fashioned “real” exam.

I purchased the requisite study guides — intimidating, densely worded treatises on gastroenterology, cardiology, geriatrics, hematology and all the specialty areas of internal medicine. Most of the topics went into far more detail than I would ever encounter in my general practice.

I wondered why I needed to memorize the second-line treatment for scleroderma renal crisis, when any internist worth his or her salt would refer to a nephrologist for first-line treatment of this rare disease?

Nevertheless, bolstering my medical knowledge seemed like a worthy endeavor. The problem was that this time around I had a few minor impediments to intensive studying — a busy clinical practice, teaching responsibilities, three young children. But the largest impediment turned out to be that I’d lost my studying and test-taking skills.

In medical school, I had routinely committed endless mnemonics, acronyms and equations to memory. There seemed to be a special part of the brain devoted solely to cramming facts, no matter how irrelevant or ridiculous, and retaining them just long enough to complete the exam.

But I hadn’t used that part of my brain in a decade. In clinical practice — and adulthood in general — knowledge is a slow amalgamation of experience, reading, discussion, mulling over. I was entirely out of shape when it came to the rapid assimilation of facts.

This was a dispiriting realization, as I faced 800 pages of single-spaced review material. The weeks and months passed in misery, as I shoveled in piles of facts. It felt liked being force-fed Thanksgiving leftovers endlessly.

On exam day, I sweated through page after page of arcane multiple-choice questions. A small flash of resentment arose in the back of my mind as it dawned on me that all the doctors xanaxonlinebuy senior to me had been given a free pass, “grandfathered in” for the rest of their professional lives, while the rest of us would have to agonize through this grueling process every 10 years.

I tried not to pay attention to fellow test-takers who seemed to finish in a heartbeat and waltz out of the exam room. There were so many questions for which I couldn’t quite decide between two answer choices — questions that I probably would get “right” in the real world, where I could consult journals or colleagues, but that could easily be marked wrong in the one-correct-answer world of standardized tests.

Awkward weeks passed after the exam. What if I didn’t pass? What would I say to my colleagues and patients? Could I ethically continue to practice medicine? My whole professional sense of self seemed to boil down to a single dichotomy of pass/fail.

And then an e-mail arrived at 11 one night, informing me that my test results were available, if I simply logged on to the organization’s Web site.

Madly, I scrambled to the site. I couldn’t recall my password, and nervous fingers slipped off the keys as I offered up my mother’s maiden name, my high school mascot, my first dog’s name.

None of the above. It was: “Please fill out the following survey about your test-taking experience.”

They had me by the ankles, and there was nothing I could do. I filled in the circles — screen after screen — analyzing every aspect of the test on a scale of 1 to 5.

And then there it was, one little word: pass.

The dizzying sensation of relief was so overwhelming that I found myself unexpectedly breathless. But was it worth it? Ultimately, I think yes. My medical knowledge was certainly notched up, and for a few brief weeks I managed to slip “cryptogenic fibrosing alveolitis” into casual conversation. But did this make me a better doctor than my elder colleagues who can avoid this decennial chore? I’m not so sure.

Medical knowledge, in the real world, is a combination of experience, sifting through current research, discussing cases with colleagues. There are exhaustive databases that contain all those facts that we used to memorize. And then there is the art of clinical judgment: of what to do with the knowledge, and how the patient’s own philosophy and circumstances affect the final decision. It rarely comes down to a single right answer that can be checked off in blissful isolation.

But if a patient does happen to show up to clinic in scleroderma renal crisis, I’ll know what to do. At least until my next recertification, when things will have changed and I’ll have to start from scratch again. 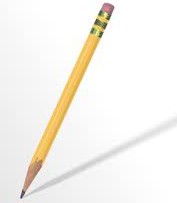 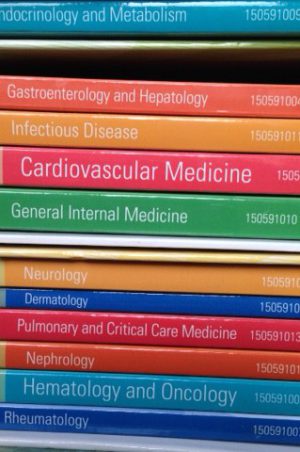 The Insanity of Recertification