Palliative Care: From the Get-Go

It was a hot July afternoon when I found myself in a quiet hospital lounge, having “the family discussion” with a patient newly admitted to my medical service, a sweet middle-aged woman whose lung cancer had spread so extensively that it now encircled the vital vessels of her chest.

The “family discussion” is that difficult moment when the medical team has to admit that the biology of cancer has bested medical science, that this cancer is its own tsunami that will take down the patient in its inexorable path. It’s the time that we have to say forthrightly that she will die of this cancer and that this will happen in the near future.

My patient, like most other cancer patients, had probably heard versions of this conversation before, most likely when her diagnosis was first made. But at that moment, when everything is focused on treatment plans, thoughts about mortality and inevitability often feel theoretical.

Now the theoretical had solidified into the palpable, and I was bringing it to the table, trying to use as few euphemisms as possible. I have had this discussion countless times, but it is never easy and never routine. There is a mix of dread and resignation but also the sense of a solemn and profound occasion.

I started by asking my patient — seated with her husband, her sister and her brother-in-law — what she understood of her disease so far, in the six months since she’d been diagnosed and started treatment. Since it was July in a teaching hospital, a new intern and two nervous medical students were seated with us, watching intently, fear on their faces.

My patient understood that her six rounds of chemotherapy had only temporized the cancer. She gripped her husband’s hand as she said that she knew this was not curable.

Then I had to bring up the “shift,” that our treatment goals would shift from attempting to eradicate the cancer to focusing on the quality of the time she had left. Always, at this moment, I feel a twinge of discomfort. Why do we even have to talk of a shift? Why does “quality of life” become a priority only when we’ve decided that a disease is not curable?

The answer is one that is frustratingly common in medicine: We do it because that’s the way it’s always been done. Cancer is one of those diseases that medicine likes to tackle fast and furious. Some cancers can be cured, and nobody wants to miss that potential window of opportunity.

Medicine has thankfully advanced to the point where palliative care is no longer considered an admission of failure. Palliative care is a respected tool for addressing and improving quality of life for patients with terminal illness. But the mindset of medicine is that palliative care is only incorporated when we shift away from the goal of cure.

Palliative care is not synonymous with hospice, though hospice is often a component. Palliative care is meant to make living with a serious disease more comfortable, and could provide pain medication, counseling, practical advice for dealing with symptoms, assistance for caregivers, even a program of exercise.

Part of the mindset relates to pragmatics: Many insurance companies will pay for hospice only if the doctor documents that a patient has a life expectancy of six months or less, something that is notoriously difficult to predict. And some hospices accept only those patients who have declined further treatment. So our mindset has always been that palliative care kicks into gear at the end of treatment.

The scientific world finally produced the data to support what seems so obvious: Palliative care belongs in the beginning of cancer treatment, not just at the end.

A team of clinicians in Boston, Massachusetts, did a randomized trial of 151 patients with metastatic lung cancer. All received the chemotherapy recommended by their oncologists. But half had palliative care initiated at the time of diagnosis. The standard-care half received palliative care only when care had shifted away from the life-prolonging mode.

It was no surprise that the group with early palliative care had fewer symptoms, less depression and better quality-of-life scores. But what came as a shock to everyone was that these patients actually lived longer. These patients lived, on average, almost three months longer than their standard-care counterparts, 11.6 months versus 8.9 months. In the world of terminal cancer, three months is considered a long time, and if those three months are relatively comfortable and allow more time with family, three months can be priceless.

Medicine is a field that is slow to change. Rightly, there is a demand for hard data before incorporating new practices. We’ve been burned many a time by treatments supported only by weak data. But now we have it: Palliative care is good medicine that should be started on Day One.

The discussion with my patient took about an hour. It was an intense, probing and often circular conversation. Many things needed to be repeated. Many questions were asked over and over again. We talked about the past, milestones in her life; the present, her values and philosophy; and the future, her goals. We acknowledged the inevitability of death. There were tears of sadness but also of relief. “Now that I know what’s going to happen,” my patient said, “I don’t have to worry so much any more.”

We talked about palliative care, about hospice, about choices to be made, about living wills, about do-not-resuscitate options. We didn’t answer everything then, but we did lay open the possibilities. The palliative-care team would visit the patient later in the day, and I wanted her to be prepared.

After we finished and had returned to the ward, one of the medical students approached me. “How do you not cry every time you have one of these discussions?” From her red eyes, I could see that she had not been immune.

The truth is, I always feel a swell of emotion during this conversation, especially when we get to the stark honesty about death. Telling a human being to her face that she is going to die, realizing that the person sitting in front of you in flesh and blood will be gone soon, is about as raw as it gets. I try to hold my tears back, if possible, during the actual conversation, so that my patient doesn’t feel responsible for my emotions. I haven’t always been successful. “I suppose it’s the day that we don’t feel overcome with the urge to cry that we should worry about,” I told the student.

Death and dying is never an easy business. But we do have tools to help ease this part of life. It’s our job as doctors to use them fully and to use them promptly. Now we have no excuse. 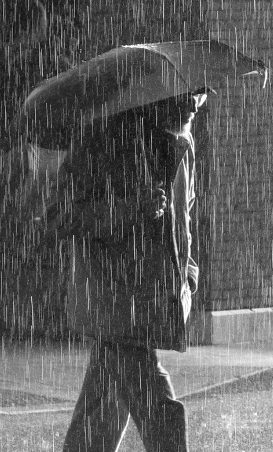 One Last Visit to See My Patient 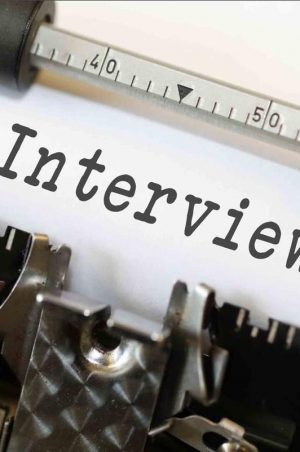 Interview for “A Sweet Life”