by Andrew Solomon
The Guardian 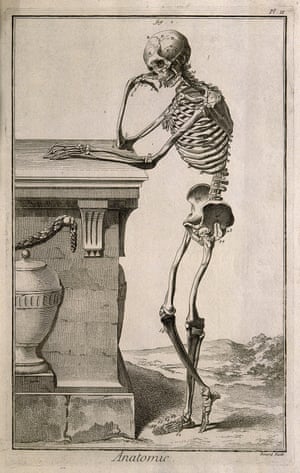 The language gap frustrates your visit to your doctor. He seems not to understand the problem because you can’t describe it lucidly enough. You don’t understand the proposed treatment because he can’t explain it. I’ve sometimes foresworn medical help because the complexity of voicing what is wrong has felt heavier than the sickness itself. This is especially true for psychiatric illnesses such as the depression I have experienced, but it is true of physical problems, too. It has been entirely manifest to me when I’ve tried to explain the problem with my left ear, in which I am partially deaf. I’ve said what it feels like, to which my consultant has repeatedly replied with various options. I’ve said it doesn’t feel like any of the things in his multiple-choice list and theorised about what is actually wrong. He has resisted my inexpert opinions, and I have battled with his inability to grasp the subtlety of my experience. We are both articulate and we are both exasperated by this sticky communication.

Language is integral to medicine. It is hard to cure a condition you cannot describe, and few treatments for those conditions go without names of their own. Even veterinarians, trained to diagnose animals who cannot put their complaints into words, begin by labelling the illness and proceed by specifying the treatment. The emerging field of narrative medicine proposes that patients can be treated correctly only when they can tell the story of their illness, often in the context of a more extensive autobiography. A doctor usually begins by getting the patient to describe their pain, and often arrives at diagnosis as much through that interaction as through anything he can observe. Illness is temporal, and language helps to chart its course, even when x-rays, MRIs, CAT scans and other images can represent its current state. A picture is not always worth a thousand words; sometimes, it is the words that tag the problem. You tell the doctor how you felt yesterday and how you feel today; the doctor tells you how you should feel tomorrow. That interaction is part of the cure; it is why a physician’s bedside manner can have such an enormous impact on his efficacy. We are embodied, but our minds order the brokenness around us by imposing vocabulary on it. In fact, there is some evidence that people who can speak more fluently receive better medical care; patients deprived of language are often subject to abuse.

Many of the great doctors have been writers, and those who have not have required writers to set down their insights. Hippocrates, Galen, Maimonides, Paracelsus and Vesalius all left behind chronicles of their work and methods and of the principles driving them. So did historic female doctors such as Trota of Salerno and Hildegard von Bingen, both of whom wrote of their medical work in the 12th century. Medical knowledge is particularly cumulative, and it cannot accrue without words. These doctors’ greatness lay not only in their discernments, but also in their recording of them. Indeed, Galen titled one of his volumes That the Best Physician Is also a Philosopher. The division between humanism and science is recent, an Enlightenment idea, a Cartesian duality, and like many such ideas, it served at first to advance a discourse it may now impede. The two modes of thought are now too often posed as opposites rather than as twin vocabularies for the same reality.

Any serious illness is a medical event, but it is lived in narrative terms. As religion has lost ground to secularism and the split between body and soul has come to feel metaphoric rather than literal, some people have rooted themselves in scientific explanations of the world, while others seek truth in art, literature or even political idealism. Students bifurcate early, pursuing a medical track or a literary/humanist one. It is as though we belong to different races. William Osler, writing in the late 19th century, observed: “It is much more important to know what sort of a patient has a disease than what sort of a disease a patient has.” We have not much heeded his call.

In the heyday of modernism, doctors lionised specialisation, but patients have now turned to holistic approaches that combine oncology, psychiatry, cardiology, neurology and a variety of alternative treatments. After a long period when we focused primarily on depth of knowledge, we have returned to the importance of breadth of knowledge. In telling the stories of illness, we need to tell the stories of the lives within which illness is embedded. Neither humanism nor medicine can explain much without the other, and so many people ricochet between two ways of describing their very being. This is in part because medicine has become so much harder to understand, with its designer molecules, bewildering toxins and digital cameras inserted into parts of ourselves we have never seen, nor wanted to see.

On a recent visit to the Wellcome Medical Library in London, I was struck by the diversity of materials in the collection: the notebooks from Victorian asylums with photos of the patients and descriptions of their care; the leaflets distributed by worthy organisations to encourage the sick to avail themselves of medical services; the manuscripts written by medieval physicians; the poetic reflections on health and wholeness that set out to negotiate medicine’s philosophical and moral conundrums. These collections indicate how much writing about science there has always been beyond scientific writing.

But medical writing of today has its own complexion. As medical information has become increasingly technical, patients are asked to trust what they cannot comprehend. Recondite information complicates their already anguished experience of poor health. In a bid for control, such patients seek the logic behind their ailments and the proposed cures. More than that, they seek to use available knowledge to make basic decisions about the value of their own lives and those of the people they love. They need this information in order to resolve dialectical thoughts about mortality and intervention, pleasure and pain, quality and length of life.

A rising literature attempts to reconcile these modes of thought. Voltaire complained, “Doctors are men who prescribe medicines of which they know little, to cure diseases of which they know less, in human beings of whom they know nothing.” But a new run of books attempts to address the last clause of Voltaire’s challenge. Such writings may not be remarkable as either medical information or writing, but they rightly insist that coherence sits at the intersection of science and art. The territory was laid out by a generation of older doctors, including Oliver Sacks, Lewis Thomas and Sherwin Nuland. Echoing Osler, Sacks wrote: “In examining disease, we gain wisdom about anatomy and physiology and biology. In examining the person with disease, we gain wisdom about life.” Sacks’s mission was to describe human beings and all their mucky complexity, not just the defects that had brought them to his notice. His oeuvre has bred a healthy awe of word. For them, the ability to string together twin narratives, that of the doctor and that of the patient, is the only path to truth.  (read the full article in The Guardian)

A Day in the Clinic 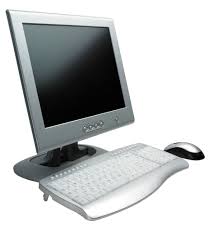 The Doctor vs The Computer 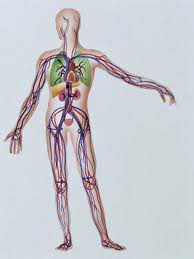 Can We Let Doctors Be Human?