Epidemic is traditionally defined as an outbreak of an infectious disease at a particular place and time. The Ebola epidemic. The AIDS epidemic.

The word ‘epidemic’ has been more liberally applied in medicine these days, and we comfortably talk about the epidemic of obesity and its bedfellow, the epidemic of diabetes. We know these are not caused by an infectious agent, but there is an explosive, exponential quality about them that makes the metaphor feel appropriate.

Gun violence has also been characterized as an epidemic, most often as a media technique to evoke urgency. In the last few years, researchers have been using the more literal definition of epidemic to analyze gun violence, though, wondering whether a comparable disease model of contagion could help predict future victims and potentially protect them.

With an infectious disease like Ebola or syphilis, epidemiologists typically construct a disease model based on the characteristics of the disease. The most important question is how the disease is transmitted: Is it blood-borne? Is it spread by coughing and sneezing? Is it sexually transmitted? Is it related to the physical environment (for example, mosquitoes breeding near a lake)? This helps researchers anticipate who might be infected next and could offer a blueprint for intervention.

Of course, guns are not microbes, and it might be stretching the metaphor to call them “contagious” like influenza or tuberculosis. But gun violence certainly has a mortality and injury rate that puts it up there with big-league public health issues that pique epidemiologists’ interest. Each day in the United States, guns kill 93 people and injure another 180. (For comparison with an infectious disease, about 137 American die of pneumonia every day).

The most common contagion model used for gun violence is location. The neighborhoods in cities that are the most socially and economically disadvantaged have the highest rates of gun violence. This would be akin to the lake that’s breeding mosquitoes, and everyone in the vicinity is equally susceptible to getting bitten.

A recent study in JAMA Internal Medicine examines this a little differently, honing in on these communities to assess who is and isn’t affected by gun violence. Researchers looked at social networks—that is, they analyzed who you come in contact with rather than where you are physically located. If social connection matters more than location, gun violence could be more comparable to chicken pox, in which person-to-person contact is the mode of infection and you can draw direct lines from one case to the next.

Looking at the city of Chicago from 2006 to 2014, the researchers examined all recorded episodes of gun violence and all gun-related arrests. They then created social networks of all individuals involved (people were considered connected if they had been arrested at the same time, what they termed “co-offenders”). In studying over 13,000 shootings, the researchers concluded that 63 percent of these events could be predicted via social networks. In these networks, they conclude, gun violence indeed spreads much like chicken pox: the closer you are to someone who is involved in gun violence, the more likely you are to be a future victim.

So does that mean we should be quarantining the individuals at highest risk of “infecting” others with gun violence? No—in fact, that would be quite problematic, since future crimes cannot be predicted with certainty. One could imagine that such a policy might allow police to double down on racial profiling.

Andrew Papachristos, the lead author of the study, suggests we shift the focus more toward future victims rather than the potential perpetrators. As is the case with chicken pox, it is paramount to alert people in close contact who are at highest risk of contracting the illness, as it were. “We would want to triage who is at immediate risk,” says Papachristos. “What do they need in that moment?” This could allow more precise and effective targeting of social services and violence prevention programs.

One might envision a community-based team that could assess what a person at highest risk needs at that time to prevent getting shot. Perhaps a social worker to help with a family crisis, or an afterschool program to guide a troubled teen, or a jobs counselor to assist with employment, or a housing voucher to allow relocation.

Constructive assistance for those who are at highest risk of being on the receiving end of gun violence could be a more effective means of minimizing shootings than simply trying to arrest more people.

Papachristos acknowledges that the study’s use of “co-offenders” means that all the future victims were at one point perpetrators themselves. These victims don’t garner as much public sympathy (or headlines) as innocent bystanders, but the numerical reality is that most shooting victims fall into this category.

History offers a painful lesson around this mentality. During the AIDS epidemic, society turned its back because the victims fell outside of society’s then-definition of what was acceptable or sympathetic. There was no rush to intervene on behalf of intravenous drug users, gay or bi men, trans women, sex workers, or immigrants. But thanks to the efforts of community activists, eventually the medical profession and society stepped up to the plate. Two decades of assiduous efforts turned an implacable killer into a treatable chronic illness

Thus the most important outcome of studies like these is that it gives more legs to the idea that gun violence is a public health issue, not solely a law enforcement issue. And just as we are aware that broad public health campaigns and societal-level shifts are necessary to help fight medical challenges such as obesity, we also recognize the critical role of one-on-one engagements between individuals and their doctors, nurses and nutritionists.

With gun violence prevention, there is a similar need for both societal efforts and one-on-one efforts within the medical profession. Of course, the latter relies on it being legal for doctors to talk to patients about guns, something that, amazingly, was officially outlawed in Florida until very recently. The overly politicized nature of addressing gun violence is the biggest impediment to solving this public health crisis. Much like the tobacco industry before it, the National Rifle Association has used its influence over Congress and state legislatures to thwart even the most basic research into the matter.

But the goal of medicine—whether it be research efforts, public policy, or individual care between doctors and patients—is improving people’s health. Lives are saved by seat belt laws and anti-smoking ordinances just as they are saved by cancer research and individual counseling about hypertension. Lives are saved when measles outbreaks are contained and when contaminated water supplies are cleaned. And there’s no doubt that lives will be saved if we begin investing more resources into the gun violence epidemic. 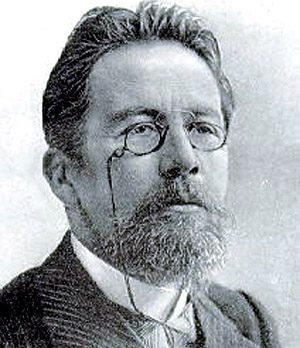 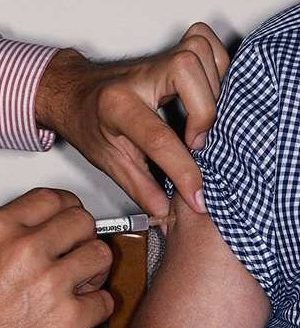 Swine Flu and You